Poison Ivy 1 votes
We're looking for a Katana guide worthy of being our Editor's Pick. Want to see your guide here, prominently displayed to every visitor to this page? Go create a guide and show us what you can do!
Default
The below feature is still being tested. Expect bugs and wacky behavior.
Vote for who Katana is strong and weak against. This will be particularly useful once draft/ranked matches are available.

Katana's Invulnerability grants Attack Reflection and Power Reflection as long as the Shield is active.

Gain a Shield that blocks 60 damage for 2s. As long as the Shield remains active, you will be granted 5% Attack and Power Damage Reflection.

Katana slashes with her blade, dealing 50 Attack Damage to all enemies in a cone in front of her.

Katana rushes a short distance and reduces damage from the next Champion Basic Attack by 6 Attack Damage. This effect lasts for 5s and can stack up to 3 times.

Kendo becomes a different skill based on Katana's last two uses of Slash and/or Cross Step.

Spirit Wave (QQ): Fire an arced missile that deals damage to all it passes through.

Soul Rend (WQ): Deal damage and Bleed enemies in a line. Additional damage extends the bleed duration up to a maximum of 6s.

Katana becomes invulnerable and untargetable while she blinks from enemy Champion to enemy Champion, up to 5 times, dealing 160 Attack Damage to each enemy she hits. Thousand Cuts deals 25% damage to enemies it has already hit. The first and last attack will be against the same target.

Path of The Serpent (Jungle) 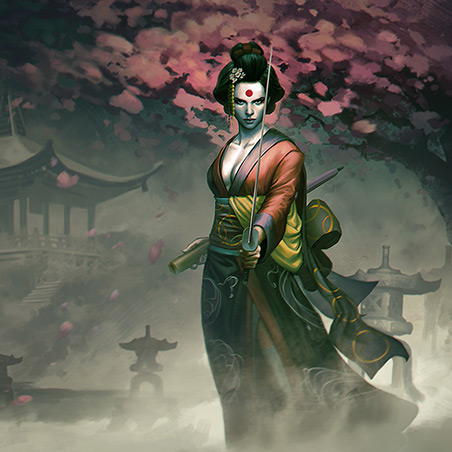 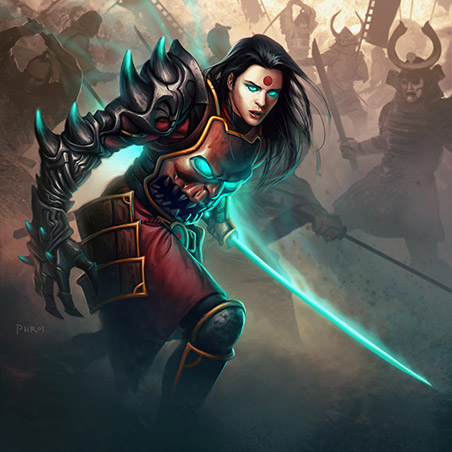 Tatsu Toro's idyllic, but brief, marriage to her husband, Maseo, came to a sudden end in a single, tragic night. Her husband and his twin brother, Takeo, were both members of the Sword Clan, one of the clans in the Yakuza criminal organization. Takeo confronted his brother over a matter involving the clan, and in the struggle, Maseo was killed by his own sword, the Soultaker. This ancient Katana, one of the clan's relics, was said to contain the souls of those it killed, as well as possess other mystical qualities. Tatsu witnessed her husband's murder and collapsed by his body, overcome with grief. Takeo ran off into the night, and when Tatsu finally came to her senses, she took up the Soultaker and swore revenge against not just Takeo, but the Yakuza and all crime everywhere.

Tatsu is a woman wracked by grief and guilt. She goes by the name of Katana, in honor of the sword she wields and which is convinced contains her dead husband's soul. Due to this fact, she regularly has conversations with the sword, which is quite disconcerting to others. While she is a gifted swordswoman and martial artists, the sword can at time enhances her abilities in combat. When the sword is empowering her, the hilt of the sword glows with an unearthly light, burning Tatsu's hand.