Joker 2 votes
We're looking for a Stargirl guide worthy of being our Editor's Pick. Want to see your guide here, prominently displayed to every visitor to this page? Go create a guide and show us what you can do!
Default
The below feature is still being tested. Expect bugs and wacky behavior.
Vote for who Stargirl is strong and weak against. This will be particularly useful once draft/ranked matches are available.

Deal 75 True Damage to target enemy drone or creature and you are healed for 30. Environmental objects can also be targeted and are destroyed after healing you.

Stargirl charges her cosmic staff, then unleashes a line of cosmic energy, dealing 90 Power Damage to all enemies struck.

Stargirl fires a slow Shooting Star at her target, marking them. Then she automatically fires 4 fast Shooting Stars, one every 0.4s, towards the marked target if visible. They deal 25 Power Damage to the first enemy struck.

Stargirl tosses a gravity well onto the ground for 4s. Enemies in the area lose 35% Move Speed and take 10% additional damage from all of Stargirl's skills.

Stargirl resets the cooldown of Family Heirlooms and channels at an enemy Champion for 3s. She can move while channeling, but the skill will end if she goes too far. The target is Crippled (cannot use movement skills) and is dealt 200 Power Damage over time.

Stargirl converts 75% of the damage (before armor) into a Shield, up to a maximum of 150, that lasts for 3s after the channel ends.

If Stargirl takes no damage for 10s, she gains 15 Move Speed until she takes damage.

Dycer's Starry Night on the Coast 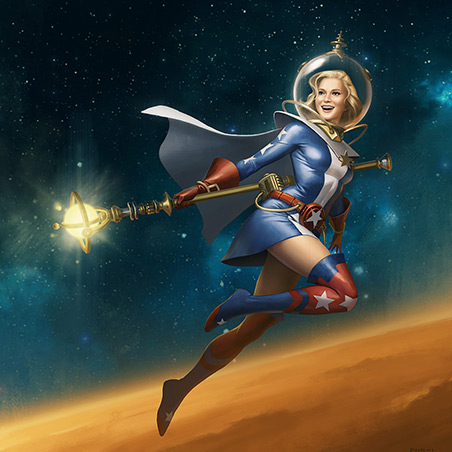 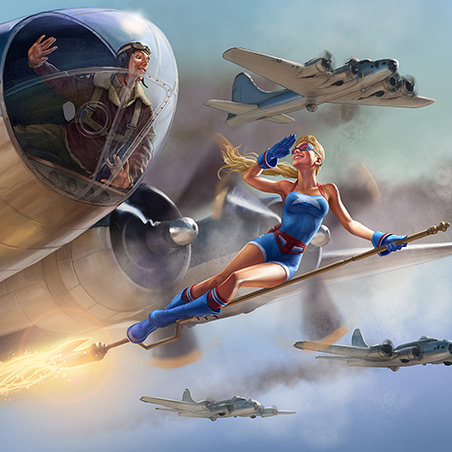 Unlike other heroes, the event that led to Courtney Whitmore becoming a hero wasn't tragedy. Instead, it was the breakup of her parent's marriage and her mother's remarriage to a man named Pat Dugan. She was miserable in her new life and blamed her stepfather. In Pat's belongings, she stumbled across the gear of the hero, 'The Star-Spangled Kid' and realized that Pat had once been the adult sidekick of a teenage hero. To make a mockery of Pat, she decided to wear that gear to a school dance. However, detecting someone wearing the Kid's gear, one of Kid's old enemies thought someone had taken up as the new Star-Spangled Kid and attacked the dance. Her stepfather came to Courtney's aid in a suit of mechanized battle armor he had been secretly working on and the two defeated this old foe.

Exhilarated by the battle, Courtney decided she wanted to continue on as a hero. Seeing how well she'd handled herself and how it could help them grow closer as father and daughter, Pat agreed. However, there was one condition: He would have to fight alongside her as her guardian. Amused that he would now be her sidekick, Courtney agreed and took on the shorter heroic name, 'Stargirl'.

Courtney Whitmore is an attractive and cheerful teenage girl, adoring the life she leads as a hero. Due to her young age, it is unsurprising that she can sometimes be naive about how the world works. The Cosmic Staff she wields grants her the ability to fly and can manipulate energy on a large scale, creating energy blasts and defensive shields.