Wonder Woman 2 votes
We're looking for a Green Arrow guide worthy of being our Editor's Pick. Want to see your guide here, prominently displayed to every visitor to this page? Go create a guide and show us what you can do!
Default
The below feature is still being tested. Expect bugs and wacky behavior.
Vote for who Green Arrow is strong and weak against. This will be particularly useful once draft/ranked matches are available.

Green Arrow's Surveillance Camera can see through Stealth for a few seconds, but has one less charge.

Gain charges that are spent to place Stealthed Surveillance Cameras that grant vision in an area around them and can see through Stealth for a few seconds. A limited number of Surveillance Cameras may be on the battlefield at once. Charges are refilled automatically upon returning to base.

Green Arrow rushes in the targeted direction and enters the Superfoam stance. His next Basic Attack within 4s has an Arrow Bonus that reduces the target's Move Speed by 10% for 2s.

Green Arrow enters the Ballistic stance, and his next Basic Attack within 4s has an Arrow Bonus that deals an extra 10 Attack Damage.

Green Arrow enters the Thermite stance, and his next Basic Attack within 4s has an Arrow Bonus that applies a bomb to the target. If another bomb is applied, or 3s pass, then it explodes and deals 40 Attack Damage in an area.

Stance Bonus: While in Thermite stance, any target killed by Green Arrow's Basic Attacks will explode, dealing 20 Attack Damage in an area.

Aim: Green Arrow begins channeling, increasing range and damage over 2s. While channeling he loses 15% Move Speed, and cannot Basic Attack. After 4s the skill cancels, and refunds half of its cost.

Fire: Fire an arrow that deals 65 to 85 Attack Damage to all enemies struck. Upon hitting an enemy Champion, the arrow stops and applies the Arrow Bonus of the active stance.

When Green Arrow uses Superfoam Arrows, Ballistic Arrows, or Thermite Arrows, he gains 4% Attack Speed for 2s, and reduces the cooldown of Bullseye by 1.0s.

My NAME is Oliver Queen 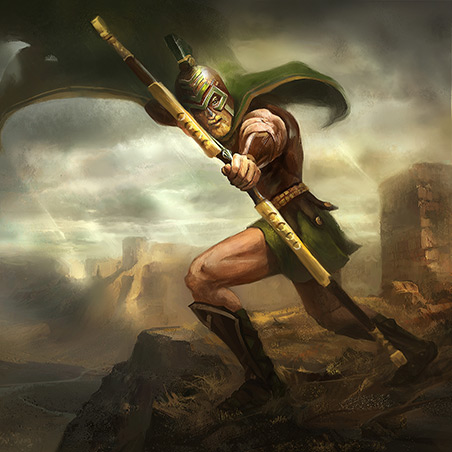 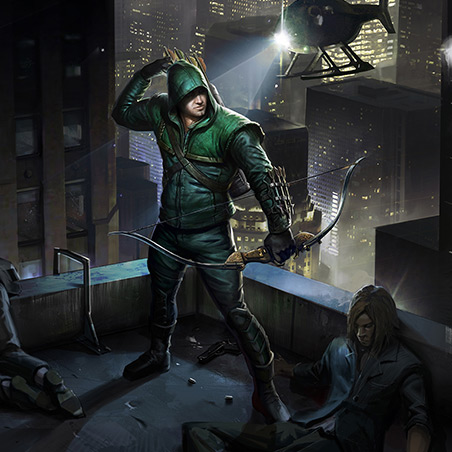 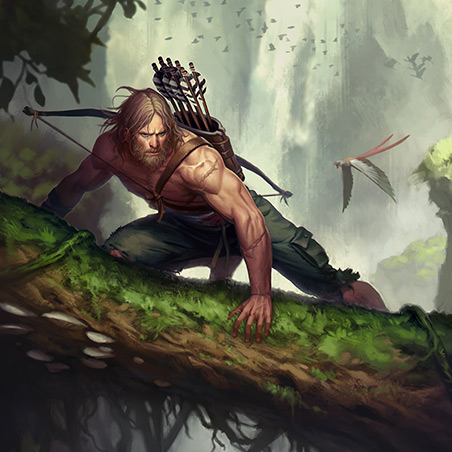 Son of a billionaire, Oliver Queen was once nothing more than a spoiled socialite, a disappointment to his family. He grew up quickly when an extravagant party he was hosting out in the Pacific was attacked by pirates. The pirates hoped to earn millions from their hostages, but Oliver eluded capture and fought back. He launched a sneak attack on the pirates with his bow, but Oliver hadn't taken his lessons seriously and was a poor archer. His errant shot triggered the dead-man's switch the pirate leader was holding. Dozens were killed in the explosion and Oliver was thrown into the ocean.

Washed ashore onto a deserted island, he honed his bow skills to survive. Years later when he was rescued, Oliver dedicated his life to making things right, and became Green Arrow.

Green Arrow is a master archer, capable of pulling off amazing 'trick' shots while performing acrobatic moves. His quiver is stocked with many specialized arrows, which he uses to gain the upper hand in combat.