Catwoman 2 votes
We're looking for a Gaslight Batman guide worthy of being our Editor's Pick. Want to see your guide here, prominently displayed to every visitor to this page? Go create a guide and show us what you can do!
Default
The below feature is still being tested. Expect bugs and wacky behavior.
Vote for who Gaslight Batman is strong and weak against. This will be particularly useful once draft/ranked matches are available.

It bounces to enemies affected by Echoes first.

Gaslight Batman throws a Sonic Shell that explodes when it reaches the target location, or when the skill is used again. Enemies in the area are dealt 70 Power Damage, have Echoes applied to them, and are Revealed for 4s.

Gaslight Batman rushes forward, dealing 40 Power Damage to every enemy he passes through.

Gaslight Batman fires a sonic blast that travels the length of the battlefield, dealing 225 Power Damage to every enemy it hits. It deals 10% less damage to each successive target, to a minimum of 50% damage.

Gaslight Batman's Basic Attacks apply Echoes for 4 seconds. When he uses a skill to hit a target with Echoes, that skill deals an additional 10% damage, and Gaslight Batman gains a stack of Reverb for 2.5s.

Hello folks, my name is Cris and I'm the Mar... 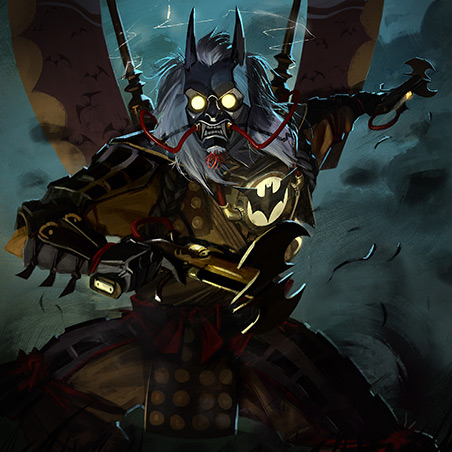 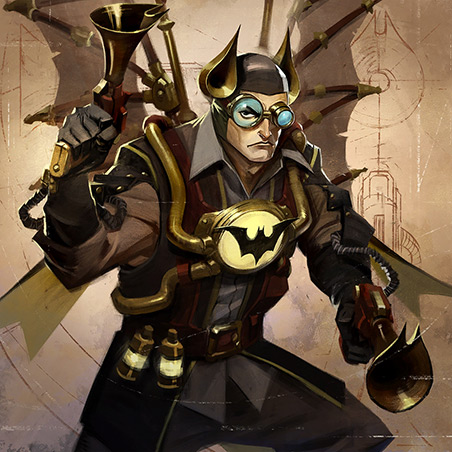 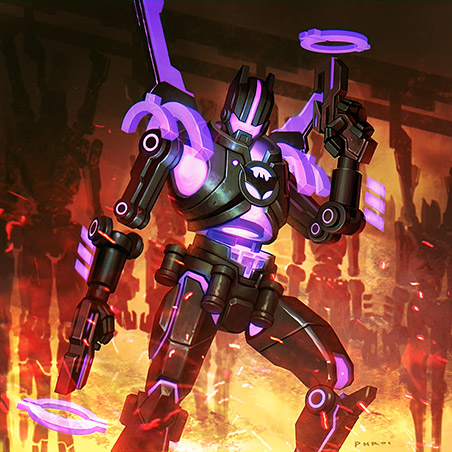 Living in the Age of Invention, Gaslight Batman uses his amazing sonic weapons to strike from the shadows in his never ending war on crime.

With the murder of his parents unsolved, the adult Bruce Wayne uncovered a vast conspiracy responsible for their deaths and many others. He brought the conspirators to justice by taking on the mantle of Batman, but continues his lifelong quest to protect the citizens of Gotham.