Mecha Superman 2 votes
We're looking for a Arcane Green Lantern guide worthy of being our Editor's Pick. Want to see your guide here, prominently displayed to every visitor to this page? Go create a guide and show us what you can do!
Default
The below feature is still being tested. Expect bugs and wacky behavior.
Vote for who Arcane Green Lantern is strong and weak against. This will be particularly useful once draft/ranked matches are available.

Heal yourself and nearby allies for 50 Health. Further Healing Waves within 30 seconds will have their effectiveness reduced by 50%. You and nearby allies also gain 10 Power Armor and Attack Armor for 3 seconds.

Arcane Green Lantern constructs a knight that marches forward, dealing 60 Power Damage to all targets and Knocking Down the first enemy Champion hit for 1.25s.

Activating the skill a second time will blink Arcane Green Lantern to the knight's location, dispelling it.

Enemy Champions near the lantern lose 25% Move Speed while they remain within range. If they are still within range after 3s, then they will be Rooted (unable to move or use movement abilities) for 0.8s.

Arcane Green Lantern throws his lantern, dealing 50 Power Damage in an area. The lantern remains there for 8s, granting vision.

Touching the lantern will retrieve it, and reduce Emerald Lantern's cooldown by 3s.

Arcane Green Lantern channels for 2s and then blinks to the targeted ally. As soon as he begins channeling the ally receives a Shield that blocks 250 damage and lasts for 5s, and the fog of war is Revealed in a large area around them. Enemies within this area receive the Emerald Light effect.

The Black Shall Fall A guide to ArcaneGL Support 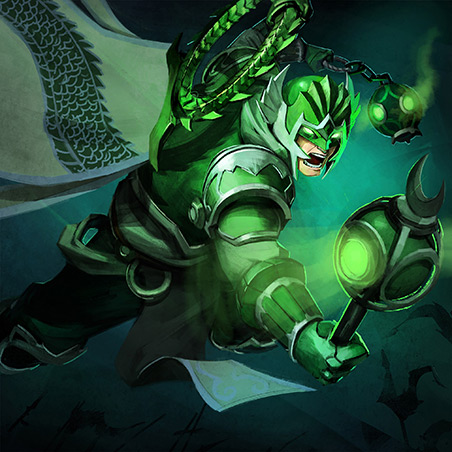 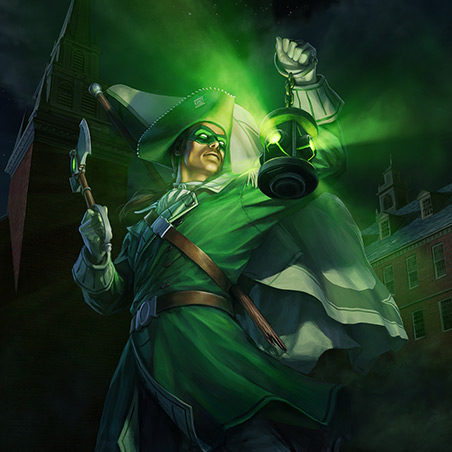 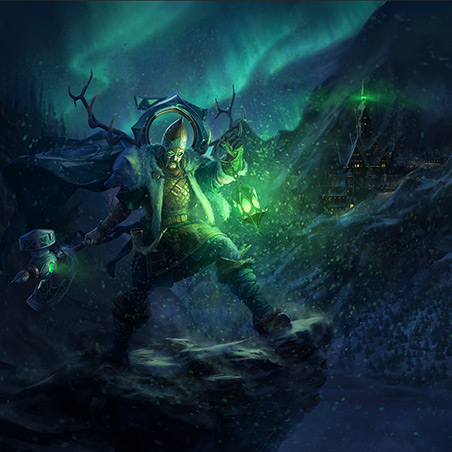 Sir Harold Jordan, a highly distinguished member of the Order of Emerald Knights, was only a child when the Shadow League unleashed the Black. Monsters poured from the darkness to slay everyone in their path, including young Harold's family. If the famed Emerald Knight Alan Scott had not intervened, the boy would have also perished.

Raised by a legend among the Emerald Knights, Arcane Green Lantern is a shining beacon of strength and will upon any battlefield.