Supergirl 1 votes
We're looking for a Green Lantern guide worthy of being our Editor's Pick. Want to see your guide here, prominently displayed to every visitor to this page? Go create a guide and show us what you can do!
Default
The below feature is still being tested. Expect bugs and wacky behavior.
Vote for who Green Lantern is strong and weak against. This will be particularly useful once draft/ranked matches are available.

Drop a meteor on the target location, dealing 80 Power Damage in an area around it. The meteor persists for 120 seconds as a Small Environmental Object.

If the target is marked by Missile Barrage, then Slam consumes the marks and deals an additional 10 Power Damage per stack.

While the effect is active, using Green Lantern's skills on the target reduces Constrict's cooldown by 1.5s.

Green Lantern fires a missile that explodes when it hits an enemy or reaches max range, dealing 30 Power Damage in an area and applying the Missile Barrage mark. This mark can stack up to three times.

This skill can be used up to 3 times within 5s.

Green Lantern crashes a jet construct into the ground, dealing 175 Power Damage to enemies in the area. Enemies in the center of the area are Knocked Down for 1s.

In Brightest Day In Blackest Night 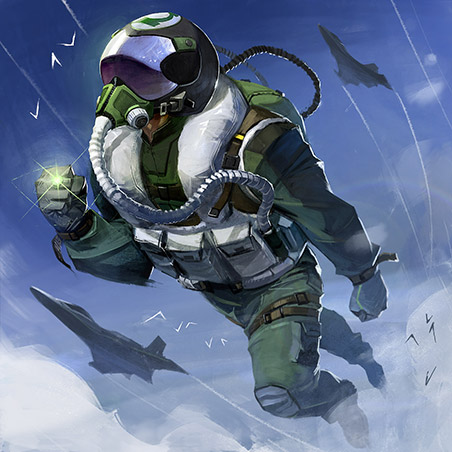 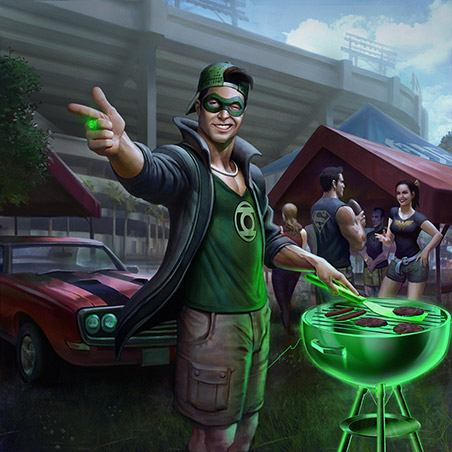 The first human to join the interstellar peacekeeping Green Lantern Corps, Hal Jordan serves and protects Sector 2814 by using his indomitable will to control his alien power ring.

Headstrong and fearless, Captain Hal Jordan was a highly skilled test pilot before being chosen as a Green Lantern. Overcoming profound fear earned him high regard from Green Lantern peers; some even say he is the greatest Green Lantern alive.