Superman 1 votes
We're looking for a Atrocitus guide worthy of being our Editor's Pick. Want to see your guide here, prominently displayed to every visitor to this page? Go create a guide and show us what you can do!
Default
The below feature is still being tested. Expect bugs and wacky behavior.
Vote for who Atrocitus is strong and weak against. This will be particularly useful once draft/ranked matches are available.

Drop a meteor on the target location, dealing Power Damage in an area around it, and slowing enemies' movement speed by 20% for 4 seconds. The meteor persists for 120 seconds as a Small Environmental Object.

Reset Basic Attack cooldown. Atrocitus' next Basic Attack within 5s will deal an additional 30 Power Damage, and the target will lose 30% Move Speed for 2s.

Enraged: The Power Damage and Move Speed penalty are applied in an area around the target.

For 4s, Atrocitus Taunts nearby drones and creatures, and all damage he takes is reduced by 2. For every 10% of Max Health missing, he gains 0.5 bonus damage reduction.

Enraged: While Come At Me is active, Red Lantern's Rage can deal damage every 0.5s.

Atrocitus forces an enemy Champion to charge at him while he charges at them, dealing 65 Power Damage when they collide.

Enraged: Atrocitus and his target are Taunted to each other for 0.65s after colliding. During this time they Basic Attack 3 times per second, but deal -75% Basic Attack damage.

Atrocitus spews a wave of plasma in a cone. Enemies in the area take 200 Power Damage over 6s, and take 15% additional damage from all sources during this time.

Atrocitus deals 30 Power Damage to nearby enemies each time he is damaged, up to once every 5s.

He becomes Enraged when he has at least 50 Rage. While Enraged, his skills are upgraded, but cost 50 Rage to use.

He gains 5 Rage when he uses a Basic Attack or takes Damage from Champions. He gains half that amount when damaged by other sources. If 10s have passed since he gained Rage, he begins losing 2.5 Rage per second.

This guide is made to provide the user with a very hard-to-kill Atrocitus no matter on which map you play. The only thing that is different is the way you start the build. 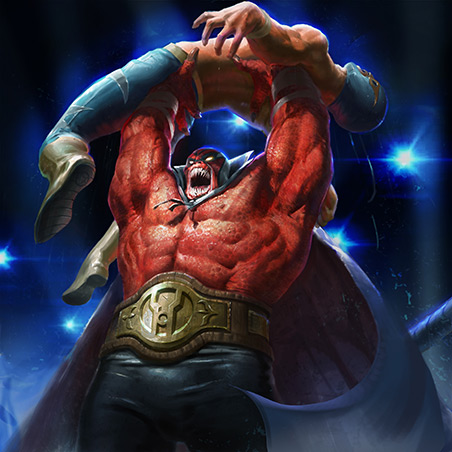 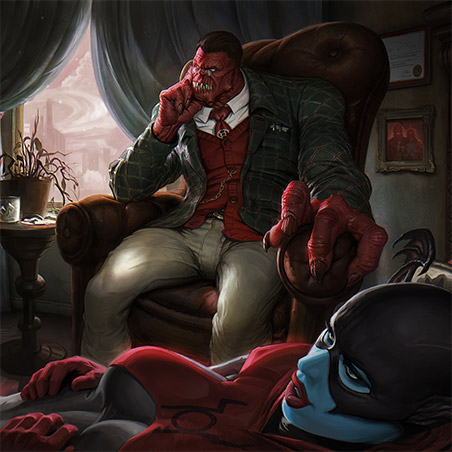 Millions of years ago, an insane Guardian introduced a flaw into the programming of the Manhunters, robotic peace keepers created by the Guardians of the Universe. This flaw led to the Manhunters slaughtering an entire sector of space before they were shutdown. Of trillions of inhabitants, only Atrocitus and four other creatures survived this massacre. These survivors formed a terrorist cabal called the 'Five Inversions'. The Inversions went on to wage war against the Guardians, but were ultimately defeated and imprisoned. Imprisonment, though, did not quench Atrocitus' rage. Eventually gaining his freedom, he butchered his fellow Inversions and used their blood and his rage to fashion the first Red Power Ring. So armed, his war on the Guardians began anew.

Unlike other Power Rings, those who wear a Red Power Ring are typically unable to create constructs. Instead, they are able to summon forth and expel from their mouth a red-colored plasma that adheres to its target. In addition to the abilities granted him by his Power Ring, Atrocitus is a brutal, unforgiving fighter who rarely shows mercy in combat.