Mecha Wonder Woman 2 votes
We're looking for a Supergirl guide worthy of being our Editor's Pick. Want to see your guide here, prominently displayed to every visitor to this page? Go create a guide and show us what you can do!
Default
The below feature is still being tested. Expect bugs and wacky behavior.
Vote for who Supergirl is strong and weak against. This will be particularly useful once draft/ranked matches are available.

Supergirl's Invulnerability grants bonus Attack Damage as long as the Shield is active.

Gain a Shield that blocks 60 damage for 2 seconds. As long as the Shield remains active, you will be granted bonus 10 Attack Damage.

This does not apply Hit Effects to enemies in the cone.

Supergirl rushes in the target direction. She deals 60 Attack Damage to the first Champion or creature she hits, and Knocks Down the target for 0.75s.

Supergirl gains a shield that blocks 60 damage and 15% Move Speed for 3s.

While Determination is active, her first 4 Basic Attacks will each reduce the cooldown of Worldbreaker and Bounding Strike by 0.4s.

Supergirl grabs her target and dashes with them. She is immune to Disables for the duration. When the dash ends, her target is dealt 175 Attack Damage and Knocked Down for 1s.

Any enemies struck by Supergirl while she is dashing are Knocked Up for 1s.

Basic Attacks grant Supergirl 3.5% Attack Speed for 2s. This can stack up to 4 times, for a total of 14% Attack Speed. When she has full stacks, her Basic Attacks and Worldbreaker deal an additional 5 (+1 per 100 Bonus Health) True Damage, which bypasses armor. 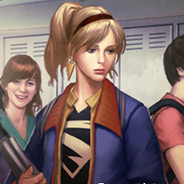 Like her cousin Kal-El, Kara Zor-El is a survivor of the destruction of Krypton, escaping in a spacecraft of her father's design. The craft put Kara into a state of suspended animation and followed the course set by her infant cousin's craft. However, instead of the trip taking a matter of seconds, like it had for her cousin, it took decades. On crash landing on Earth, Kara suffered a truly rude awakening as her powers manifested almost immediately. Wrestling with those powers, she was astonished to meet her cousin, now a grown man. The worst shock, though, was to come: Kal-El told her that they were the only survivors of Krypton. She was nearly overwhelmed by despair, and hated the alien world she was trapped on. Fortunately, Kara discovered a resilience she didn't know she possessed and is now dealing with her grief and learning to love her new home world.