Robin 1 votes
We're looking for a Star Sapphire guide worthy of being our Editor's Pick. Want to see your guide here, prominently displayed to every visitor to this page? Go create a guide and show us what you can do!
Default
The below feature is still being tested. Expect bugs and wacky behavior.
Vote for who Star Sapphire is strong and weak against. This will be particularly useful once draft/ranked matches are available.

Places a 35% slow on a target enemy and reduces incoming healing by 50% for 3 seconds.

Star Sapphire creates a crystal at the target location, and the Predator dashes to it. The crystal explodes when the Predator arrives, or after 2s, dealing 40 Power Damage in an area.

Star Sapphire creates an area around the Predator that deals Power Damage equal to 4% (+1% per 100 Power Damage) of the target's Maximum Health each second for 3s.

This damage bonus caps at 280 Power Damage against drones/creatures.

Fire a heart that deals 70 Power Damage to the first enemy hit and the second enemy the heart bonds to. The first and second target can be an enemy, the crystal, or the Predator. Enemies are bound and Revealed for 4s.

Use again to Stun enemy targets for 0.8s, and pull them to each other.

The Predator manifests for 25s, and nearby enemies are dealt 100 Power Damage and are Rooted for 1s. It will attack nearby enemies, dealing 60 Attack Damage. Using Manifest again will order the Predator to move or attack specific targets.

While manifested, the Predator's dashes deal an extra 15 Power Damage.

Glimpse of the Predator (Passive)

Star Sapphire has the Predator as her companion, and she can control it with her skills. She gains 20 Move Speed when it is attached to her. When it is dashing, it deals 30 Power Damage to enemies it hits.

The Predator automatically blinks back to her if it is too far away. 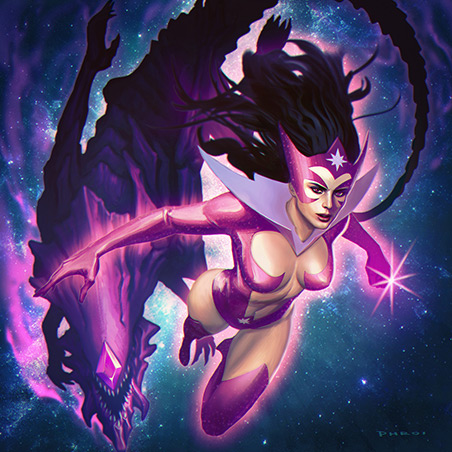 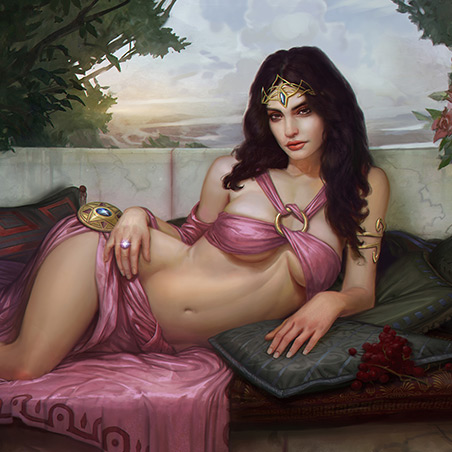 President of an aerospace company, Carol Ferris hired Hal Jordan as a test pilot and a romance between the two soon blossomed. Their relationship, already complicated, became more so when a tribe of renegade Guardians crowned Carol as their new Star Sapphire. Initially the Star Sapphire ring, which allowed her to channel love's power, transformed Carol's feelings for Hal into a murderous jealousy. The couple battled many times, each time with Carol losing the ring, only to have it return later. Fortunately, she eventually learned to temper the ring's influence. In fact, Carol now has such control that she acts as keeper for the Predator entity, the sentient manifestation of love.

The Star Sapphire ring gives Carol the ability to fly and create energy constructs. She can also encase enemies in crystalline constructs, trapping them. Finally, the ring gives her the power to reveal and manifest a person's heart's desire.