Green Arrow 2 votes
We're looking for a Joker guide worthy of being our Editor's Pick. Want to see your guide here, prominently displayed to every visitor to this page? Go create a guide and show us what you can do!
Default
The below feature is still being tested. Expect bugs and wacky behavior.
Vote for who Joker is strong and weak against. This will be particularly useful once draft/ranked matches are available.

Joker's Detonate reduces the Move Speed of all targets within the area.

Deal 40 Power Damage to all Champions near target enemy drone, creature or environmental object. Drones and creatures in the area (including the one targeted) are dealt 160 True Damage and environmental objects are destroyed. All targets hit also lose 15% Move Speed for 3 seconds.

The Joker fires a modified rocket. The first enemy hit is dealt 70 Power Damage and Stunned for 0.3s.

The Joker throws a present on the ground. After 1s the present explodes, dealing 40 Power Damage to nearby enemies, and releasing 4 Chattering Teeth.

The Teeth last for 4s, grant vision, and chase nearby enemies, prioritizing Champions. If they catch a target, they deal 30 Power Damage, and for 2s the target loses 20% Move Speed and is Revealed.

The Joker blinks to the target location, leaving behind a punching bag for 5s that forces enemy drones and creatures to attack it for 2 seconds or until it is destroyed.

If Mr. Punchy hits the punching bag, it will detonate, applying Mr. Punchy's Power Damage and Stun to all nearby enemies.

The Joker throws a doll. It explodes after 0.5s, dealing 75 Power Damage to all nearby enemies and creating a cloud of laughing gas. The gas deals 250 Power Damage over 5s to enemies in the area.

When any Champion on either team dies near the Joker, the Power Lifesteal bonus is doubled for 5s and all of the Joker's cooldowns are reduced by 1s.

Team SicK Joker guide to being OP by DarkSeph

Team SicK Joker guide to being OP by DarkSeph 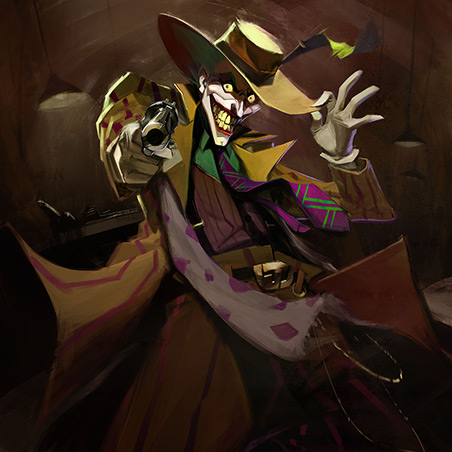 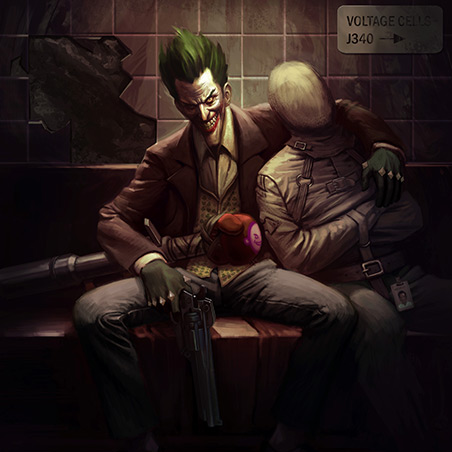 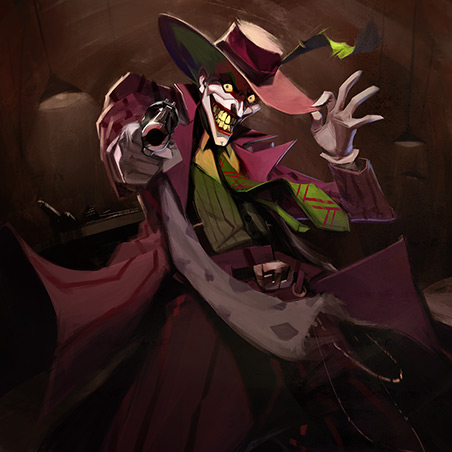 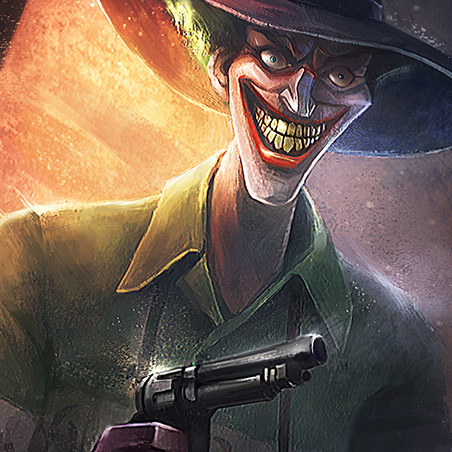 A homicidal maniac who terrifies even Gotham's worst criminals, the Joker cavorts into fights blasting opponents with explosive dolls and boxing glove-adorned RPGs.

It seems that even the Joker does not know who he was prior to falling into that vat of chemicals, where he gained his macabre grin and deathly white face. Many see Joker's insane exploits and think he acts without plan or strategy. However, it is quite the opposite. The Joker is always thinking five steps ahead, in five different directions.